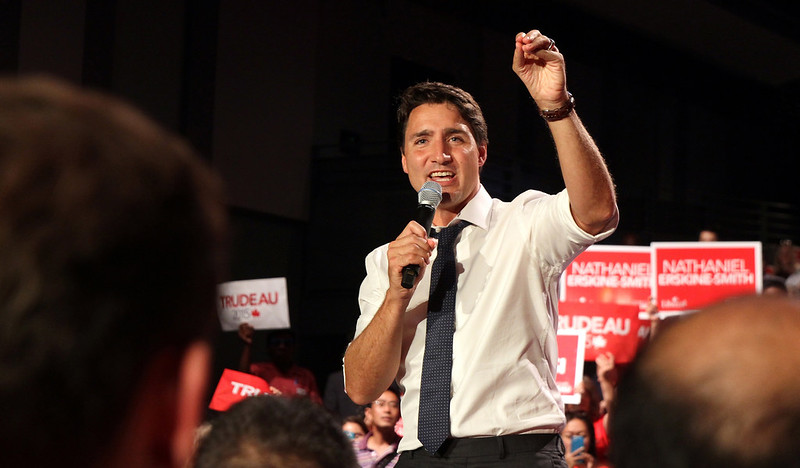 Throughout this pandemic, the Trudeau government has been slow to make decisions and provide services to protect the Canadian population. While we can’t go back in time, we can learn from our many mistakes and work towards better decisions both in our current circumstances and in a possible next wave of deadly outbreaks.

Early on, the federal government ignored the clear need to close Canada’s borders, including at Roxham Rd. Our Chief Public Health Officer, Dr. Theresa Tam, unhelpfully said on Feb. 28, "There is no actual geographical border that can stop viruses with these kinds of characteristics.”

It wasn’t until Mar. 16 that border closures suddenly and miraculously became useful in the eyes of the Trudeau government. For more than two weeks, our borders remained open, allowing individuals carrying the virus to flow into Canada.

Nor were these passengers properly tested while passing through the border. Canadians, sadly, had to find this out the hard way by checking the airports themselves. It was citizens who pushed the government to act.

Even when it came to the Quarantine Act, the federal government acted slowly. The hiring of quarantine officials began in mid-March  but no announcement or actual quarantine action was taken until late March. This allowed a large number of Canadians, including snowbirds and March breakers, to return without strict conditions until the government finally moved. (Of course, Ottawa was not alone in messing up. In Ontario, the Ford government actively told residents to go on vacation before doing a massive u-turn.)

Consistent with their being slow on the uptake and prone to flip-flopping, the feds first offered a negligible amount of business aid before eventually stepping up weeks after the outbreak became serious. Worse, the Trudeau government tried to subvert our democracy by attempting to use the pandemic as an excuse to slip its finance minister unchecked power  over taxation and spending. It took a united front of NDP, CPC, and Green legislators to stop that maneuver in its tracks.

While that last item flew past the point of reasonable response, there is every reason to think Canadians are prepared to support swift action. They are concerned for their health and welfare, and that is where the focus of all major parties should be.

Today, we are turning back border crossers and granting Canadian small- and medium-sized businesses subsidies of up to 75 per cent of their employees' salaries. We have decreed that those who return from abroad will self-isolate or face reprisals. These are decisions that would have been supported by the public and by opposition leaders had the government started earlier.

The government has all the political capital and goodwill it needs to get things done.

We are fortunate, despite all the missteps, that Canada’s global condition remains steady. Our country, roughly one-tenth the size, currently suffers half the per capita coronavirus infections of the United States. We have 7,474, they have 164,435. But there is clearly room to do more.

We should be learning from how other democratic nations, notably South Korea, have flattened their curves.

South Korea sent disinfecting crews through public spaces such as subways, trains and plazas. It used mobile phone alerts to continuously inform the public regarding confirmed cases and spots visited by those who had tested positive. Apps were used to alert residents of potential infection sites. Individuals showing symptoms were able to use either one of 600 testing stations or more than 50 drive-through stations for tests. Results were shown within hours. Individuals who tested positive were provided with key supplies and actively tracked.

Large buildings and hotels actively took part in the fight against the pandemic by using thermal image cameras to identify people with fevers.

South Korea might be the gold standard but even the United States has taken some steps that Canada should follow. For example, Canada faces a desperate lack of Personal Protective Equipment for front line health professionals attempting to combat Covid-19. Europe and China are effectively banning the export of those goods.

In response to the shortage, according to the Toronto Star, “U.S. FDA has relaxed standards so that non-compliant masks can be used, no similar change has been made in Canada.”

Dealing with a pandemic is not easy. No one has all the answers, and the data we have in front of us remains incomplete. Much remains for scientists to learn, but we do have one piece of very important data.

That is why the federal government must stop dragging its heels when it comes to policy responses, and also prepare for future pandemics which could again uproot the Canadian way of life.

We do not have the benefit of time that governments are so used to taking. Mistakes can be made, but swift and decisive action will save lives.