How the Conservatives can win the next election 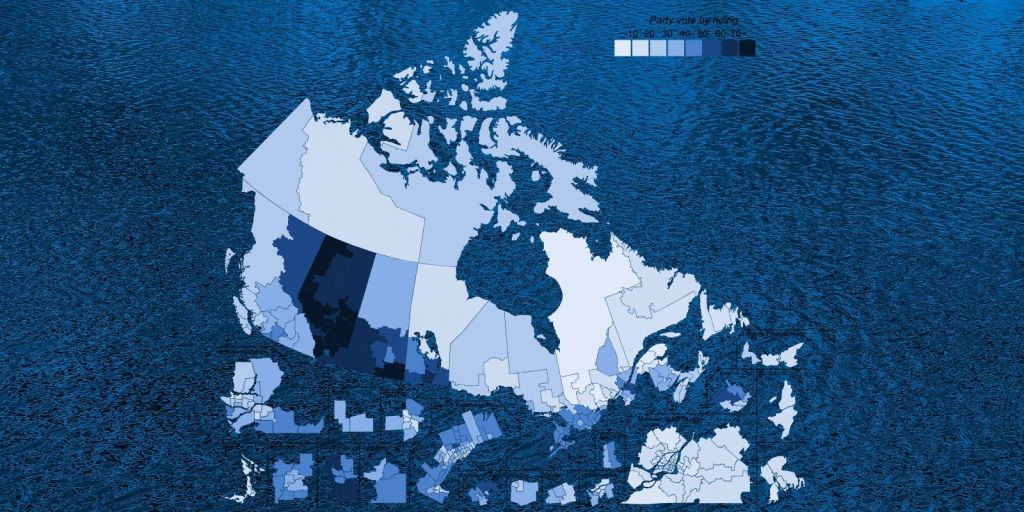 In just a few months, the Conservative Party of Canada will have a new leader, with potentially a radically different personality and direction than Andrew Scheer, or even his predecessor Stephen Harper.
​​​​​​​
So far, Peter MacKay, Pierre Polievre, Erin O’Toole, Jean Charest, Marilyn Gladu, and Vincenzo Guzzo, as well as a few others, have declared their interest in seeking the nomination.

Many pundits have already begun to argue that the difference in direction should be towards moderation, but the answer is likely to lie elsewhere.

While gains were modest, they provided a serious path forward through an energized Conservative movement that won the popular vote and pushed the Liberals to minority status.

With so much building already done, those seeking the path to victory should, therefore, aim to limit friction between any policy changes or transition, by building upon and focusing their messaging instead of completely redefining the movement as a whole.

In the rapidly growing western provinces of Alberta, Saskatchewan, and to some degree Manitoba, the Liberals and NDP are wiped out. In British Columbia, the Conservatives won more seats than any other party.

The chief barrier for the Conservatives remains in the provinces of Quebec and Ontario.

In Quebec, the Conservatives came third, receiving roughly ten seats out of a potential 78, while in Ontario, they allowed the Liberals to win 79 of 121 seats.
While some would try to focus on both provinces, the rapid surge in support for the CAQ provincially and the Bloc federally have complicated the stage for almost every party.

The Liberals and NDP, who previously dominated the Quebec arena, have stalled in recent years due to gains by the Bloc. The NDP lost nearly every seat in Quebec, while the Liberals dropped five seats, failing to secure their previous majority in Quebec.

Winning where it matters

In contrast, the Liberals won two-thirds of the ridings in Ontario, netting them roughly 50% of their total seats. There’s simply far more to gain in Ontario than in Quebec because there is far more for the Liberals to lose.

Perhaps most importantly, though, the gap to victory in voter rich Ontario is also far smaller.

With Ontario as the clear target, how do the Conservatives make gains?

The seats won by the Ford government in the 2018 provincial election provides a potential roadmap, with seats in the GTA playing a crucial role. While potential Conservatives are there, winning in a federal context means more than just providing increased focus to the province.

It means some policies will also have to be adopted to grow the base in Ontario’s extremely diverse communities.These policies could include marching in a pride parade that, vocally contesting Quebec’s ban on religious symbols, or actively standing up to the Trudeau government’s climate hypocrisy.

While taking part in community events such as pride or contesting religiously intrusive laws will be important, the value of tactically calling out climate hypocrisy cannot be understated to a successful Conservative campaign. With polls showing large chunks of Canadians interested in climate action, but decisively worried about the cost and the economy, the party has a vital role to play.

Supporting Canada’s interests in ethical oil produced in the Western provinces should not reduce Conservative commitment to the environment, nor should the Conservative party give up ground as an environmental consciousness organization.

Harper, while not perfect, certainly did better than Scheer by putting forward carbon reduction targets that were then picked up by the Liberal government.

Maintaining the base & Approaching victory

While new seats in Ontario will require moderate movements on some policies, it is essential to note the importance of preserving an energized social conservative base, rather than attempting to jettison them in search of new voters.

While some will likely worry about a potential loss of support due to a willingness to march in Pride parades, previous campaigns have shown that in Canada, social conservatives will still in all likelihood vote Conservative, Harper after all was able to secure strong wins with large-scale social conservative support without attempting to change the law on abortion or gay marriage.

​​​​​​​While Harper was capable, any move to moderate today should not be done in a vacuum.

Here a compromise could be made, the party clearly maintains its history of not touching the law on those issues, while potentially throwing some red meat to the base by targeting less controversial areas such as laws around the victims of fetal homicide.

While maintaining the base alongside new seats in Ontario is an immediate and obvious need for the Conservatives, they, by themselves, won’t be quite enough for a majority.

Those five to fifteen seats needed for a majority government could easily be made up through a clearer campaign capable of making small gains in multiple provinces or through a larger flip in a traditionally western province such as Manitoba, where Liberal and NDP seats remain.

With so much possible in the coming election, including a clear path to victory, the Conservative party and its members should resist the urge for large scale change and instead focus on putting forward a more charismatic leader who can build on the movement left by Scheer and Harper, with key attention paid to dismantling the Liberal party’s edge in Ontario.